The hypermodified residue 1-methyl-3-(3-amino-3-carboxypropyl) pseudoUridine (m1acp3Ψ) was first isolated from the RNA of cells of an established line of cells of Chinese hamster in 1974 and was localized in 18S rRNAs.

The hypermodified residue 1-methyl-3-(3-amino-3-carboxypropyl) pseudoUridine (m1acp3Ψ) was first isolated from the RNA of cells of an established line of cells of Chinese hamster in 1974 and was localized in 18S rRNAs. It was shown that both the methyl and the α-aminobutyrate moieties are derived from methionine. Later, its presence was confirmed in HeLa 18S and yeast 17S rRNA. Very recently, this modification has been precisely located at position 1248 of the 18S rRNA in the human 80S ribosome. It has been postulated that in correspondence with the well-known tendency of amino acid side chains to chelate divalent cations and form hydrogen bonds, the amino acid side-chain modifications of nucleosides such as m1 acp3 Ψ can carry out these functions.

The human ribosome is composed of two ribonucleoprotein subunits, including the small subunit (40S) and the large subunit (60S). The former contains one rRNA (18S) and 33 ribosomal proteins. In each subunit, rRNAs form the catalytic core of translation, while the ribosomal proteins appear to stabilize and regulate the structure and function of the ribosome. Human ribosomes harbor numerous post-transcriptional modifications (PTMs), such as conversion of uridine to pseudoUridine (Ψ), methylation or acetylation of the nucleotide base or the 2'-hydroxyl group of the ribose moiety. To ensure the fidelity of translation, rRNAs acquire various chemical modifications. And dysregulation of the modification processes may cause cancer and inherited human disorders via proteome changes.

Because PTMs of human rRNAs affect the structure, function, and biogenesis of ribosomes and because dysregulation of PTMs has been implicated in cancer and inherited human disorders, the analysis of rRNA PTMs has been the subject of numerous studies. Through a method for quantitative RNA analysis based on mass spectrometry (MS) technology termed SILNAS (stable isotope-labeled ribonucleic acid as an in ternal standard), determination for the PTMs of human rRNAs in TK6 cells has been reported. In addition, all pseudouridylation sites were confirmed via analysis of rRNAs prepared from the UMPS-deficient TK6 cells that had been genetically modified using the CRISPR/Cas9 technique to block de novo synthesis of uridine and grown in culture medium containing 5,6-D2-uridine to differentiate the molecular mass of uridine from that of Ψ. Of these, the modification of m1acp3Ψ was found to be located at site 1248 of the 18S rRNA.

While mutations in ribosomal protein genes are known drivers of oncogenesis, oncogenic rRNA variants have remained elusive. Recently, it has been found that deletion of m1acp3Ψ rRNA modification is a major feature of cancer. This study identified a cancer-specific single-nucleotide variation in 18S rRNA at nucleotide 1248 in up to 45.9% of patients with colorectal carcinoma (CRC), and present across more than 22 cancer types. This is the site of a unique hyper-modified base, m1acp3Ψ as one RNA modification, which located at the peptidyl decoding site of the ribosome. 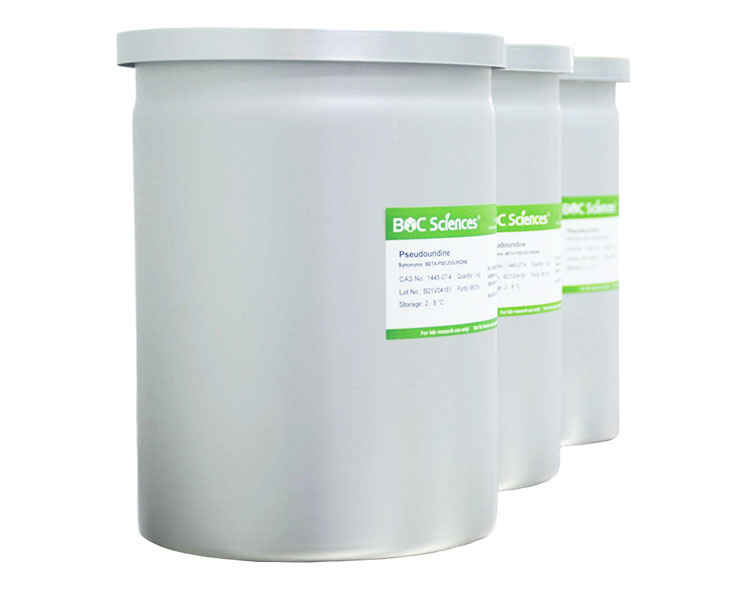 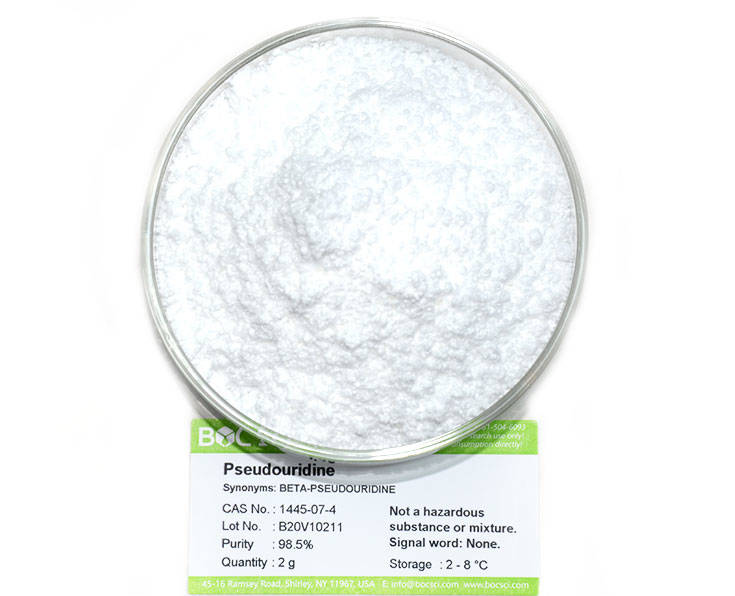