The human immune system recognizes unmodified single-stranded mRNA as a marker of viral infection and activates downstream pathways to block mRNA translation. The recognition of mRNA by the human immune system is mainly based on the recognition of the uridine structure in the mRNA sequence, leading to the development of a technology for replacing uridine with pseudoUridine. This technique not only greatly reduces the immunogenicity of mRNA, but also the immunogenicity of RNA decreases as the proportion of pseudoUridine introduced increases. When pseudoUridine completely replaces uridine, it also improves the stability of mRNA and enhances its translation ability.

Small nuclear RNA (snRNA) is the main component of the RNA spliceosome during post-transcriptional processing in eukaryotes. Five types of snRNAs have been identified, which are approximately 100-215 nucleotides in length in mammals. snRNA existed in the nucleus, and together with about 40 kinds of intranuclear proteins form the RNA spliceosome, which plays an important role in the post-transcriptional processing of RNA. 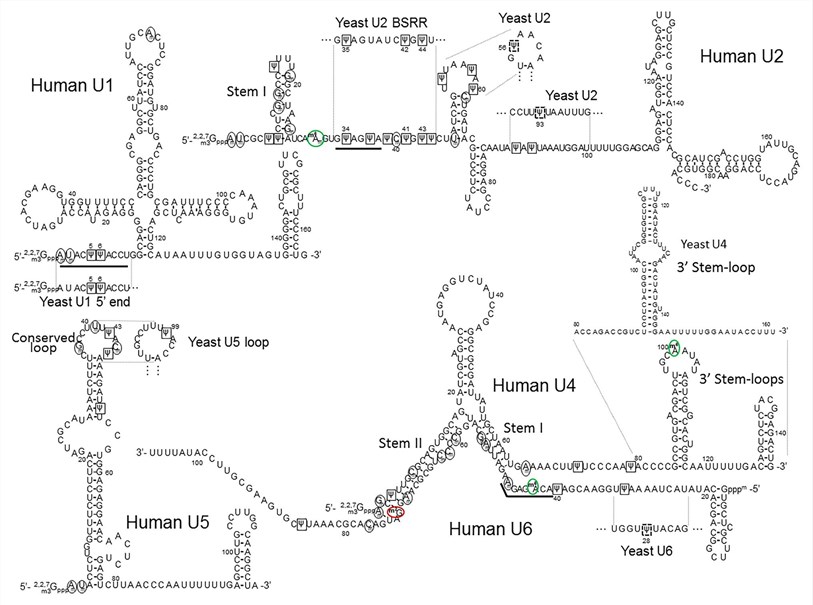 The role of pseudoUridine modifications in snRNA can be studied by three systems.